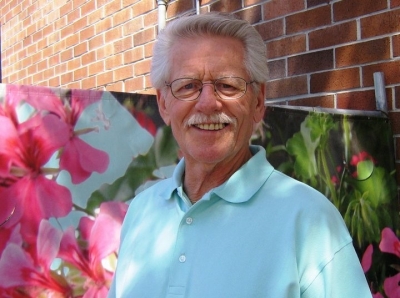 Aubrey Leo Copher passed away peacefully on August 17, 2017 at the age of 78, after a long struggle with Cancer, with his Life Partner Wilma Smith by his side. Aubrey was known to Pleasanton as Al and Sonny by his family and Colorado friends. Al was born and raised in Englewood, Colorado. Al joined the Navy in June 11, 1956, serving on the USS Princeton, in the Boiler Division, until his Honorable Discharge January 15, 1960. Al participated in the USS Princeton Far East Cruise. Al then went to work for Mountain Bell in Denver, Co. until 1980, at which time he transferred to AT&T California retiring in 1985. He decided retirement needed some structured activity, began donating his time and graduated to permanent part time employment. He enjoyed all Pleasanton has to offer, music in the park, dining downtown Main Street. He enjoyed maintaining his home and sharing his garden. He also enjoyed weekend jaunts to the ocean and other points of interest. Al is survived by his Life Partner Wilma L Smith, his four sons Lee, of Arizona, Mark and his wife Nancy, Scot and Kurt of Colorado, brothers John Copher and Jerry Copher of Colorado, numerous grandchildren, great grandchildren, nieces and nephews.