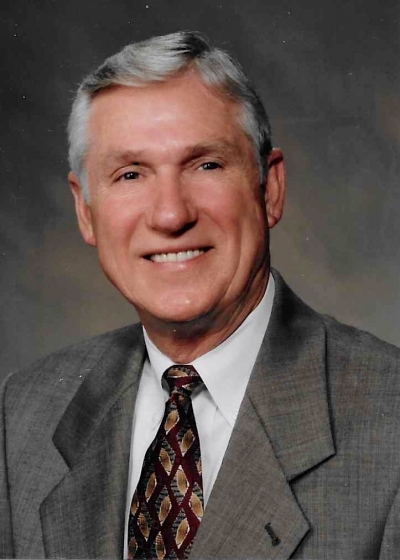 Bill passed away peacefully at his home in Livermore with his daughter and caregivers by his side. He was 84 years old. Bill was born in McAlester, Oklahoma to Lillie Cable and Arthur James. Seeking a better life, the family moved to California in the late 1930’s settling in the Southern San Joaquin Valley to work in the orchards and vineyards. As a child of the Great Depression and the youngest of ten children, Bill’s early life of adversity and poverty would shape him for the rest of his life. Although times were difficult, Bill was fortunate to have had several individuals that had a profound impact on his personal and professional life. These individuals provided guidance, compassion and mentorship setting Bill on a path to success. Upon returning home from service in the Air Force, Bill enrolled at College of the Sequoias. From there, Bill went on to pursue his degree in education at Fresno State University where he received his Bachelors and Masters degrees as well as his teaching and counseling credentials. It was in Fresno that Bill met the love of his life Cathy, on a blind date at the PalmOlive restaurant. In the early 60’s Bill and Cathy moved to Santa Paula where Bill was a teacher and coach. In 1961 Cathy gave birth to daughter Lori and son Michael was born in 1962. The family of four moved to the Simi Valley where Bill was the founding principal of Royal High School. During this time, Bill completed his PhD in Education at the University of Southern California. In 1972 the family moved to Westlake Village where Bill served as Assistant Superintendent for the Las Virgenes Unified School District. Then in 1978 the family moved to Paso Robles where Bill accepted his first role as Superintendent of Schools. Bill’s final move in education was to Pleasanton where he served as Superintendent of Schools from 1985-1998. In his 13 years in that role, he has been credited with many major accomplishments including the unification of the Pleasanton school districts and the passage of 2 major school bonds, but for Bill, mentoring those he worked with was his greatest passion. Bill had the innate ability to recognize talent in those who worked with him and to help those individuals develop and succeed in their own careers. Even with his busy schedule, Bill was an involved and active member of the community serving in The Chamber of Commerce, Pleasanton Rotary Club, Tri-Valley Business Council, SIRS, and many more. His free time activities included golf, playing poker, gardening, reading and spending time at his cabin in Arnold. Most of all, Bill was happiest when surrounded by his family and friends. Bill was preceded in death by his wife Cathy of 56 years and is survived by his daughter Lori James Rice of Pleasanton, son Michael James of Modesto and grandchildren Catie and Kevin Rice. The family will be forever grateful to Bill’s angels Harmony and Roberta and to his devoted caretaker Nikki, all who treated Bill with respect, love and compassion. A celebration of Bill’s life will be held on Sunday, November 5th from 3-5pm in the Palm Pavilion located just inside the main gate of the Alameda County Fairgrounds. In lieu of flowers memorial donations may be made to Valley Humane Society: ValleyHumane.org.