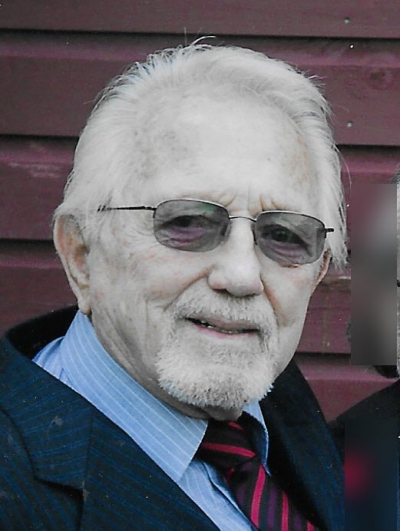 Daniel Francis Brown, a long-time resident of Pleasanton, CA, peacefully passed away from heart failure on Wednesday, May 22, 2019, at the VA Hospital in Palo Alto. He was 89 years young.

Dan was aware that he had completed all that was required of him on earth. He was in no pain, and just before he passed, Dan opened his eyes and saw that his immediate family was with him, namely his sisters and brother-in-law, Kathleen, Margaret and Wayne,.

Having visited with his family and countless AA buddies over the previous several days, Dan left believing in his higher power and that he would again be with those who had passed before him, especially ToriLynn Lithgow and Alicia Morales (his step-daughter and grand-step daughter).

Dan was in the Class of 1947 at Hayward High School. He then joined the US Air Force (1948-50), during which time he served at Lackland Air Force Base in Texas. For the next 20+ years, his jobs centered around welding and construction. In the early 1970s, Dan and his wife at the time (Mary JoAnn Brown) purchased the Phillips Deli, which was on East Avenue in Livermore. Several years later they purchased the Granada Deli on the other side of town.

Over the years he had several nicknames. During high school, it was "jitterbug" in honor of his dancing skills and his after-school penchant for 'cutting a rug'. Next came, "Danny Brown," when he joined AA 46 years ago (Cinco de Mayo, 1973). And finally, "deli Dan" while working at Phillips.

Danny was a friend of Bill W. continuously for 46+ years, being "Perfectly Imperfect!" After gaining his freedom from alcoholism by working the steps and having a spiritual awakening, Dan began to help others in many ways over several decades. For example, Dan started multiple meetings and was involved in the beginning of a very large fellowship in the Tri-Valley area. Several of the meetings are still alive and strong, mostly from Dan's direct efforts. Dan believed that the basis for problem solving for him was in practicing AA principles daily and attending multiple meetings each week, whereby he could tap into a power greater than himself. He shared with numerous others the same solution.

Dan was a great example to others, and a wonderful friend, mentor, sponsor, straight shooter (there are not many left), and had perfect 'Dan-ism's' (one liners) that would get you to look at your own behavior. He will be forever remembered!

Memorial service
A Memorial Celebration of Dan’s life will be held Saturday, June 22, 2019 beginning at 11:30 a.m. Lunch will be served, i.e., a main course will be provided, side dishes and desserts will be appreciated. Location: Pleasanton Veterans Memorial Building, 301 Main Street, Pleasanton, CA 94566.
Make a donation
In lieu of flowers, please make a Memorial Contribution to a charity of your choice.
About this site     Contact us