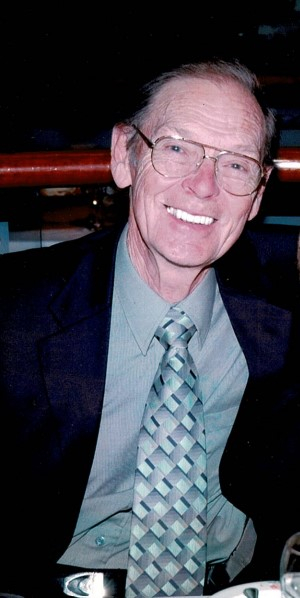 Donald Henry William Krueger was born June 9, 1927 in Avon, Connecticut to Bernhard and Martha Krueger. On March 29, 2022, at the age of 94, Don passed away peacefully in Pleasanton, CA. surrounded by his family.

After graduating high school, Don joined the Army and following basic training at Camp Blanding in Florida he was sent to Germany with the Occupation Forces. At the end of World War II he became a civilian working the same job for a year and then returned home to New York.

Don graduated college from the Polytechnic Institute in New York with a Bachelor Electrical Engineering degree and a Professional Engineering License.

Don's first job was with Sylvania Electric. He then moved to Schenectady, New York to join General Electric in 1955. He worked for General Electric for 34 years and retired in San Jose, CA. as an Operations Manager.

On June 26, 1988, he married the love of his life, Pam Shagen. They lived in Saratoga for 10 years, then built their dream home in Pleasanton, California. Don and Pam spent 37 cherished years together, enjoying sports, cruises and traveling to over 47 countries.

Through out Don's life he enjoyed writing poetry, tennis, golf, snow skiing and playing card games on the computer. He also loved volunteering, tutoring children in math and spending time with his family and friends. Don loved reading and writing and at the age of 91 had his first book published. Don would have been so excited to know that his beloved granddaughter Stephani is expecting his first great-grandchild in January 2023.

In the fall, Don's family will be celebrating his life at one of his favorite places in beautiful Lake Tahoe.