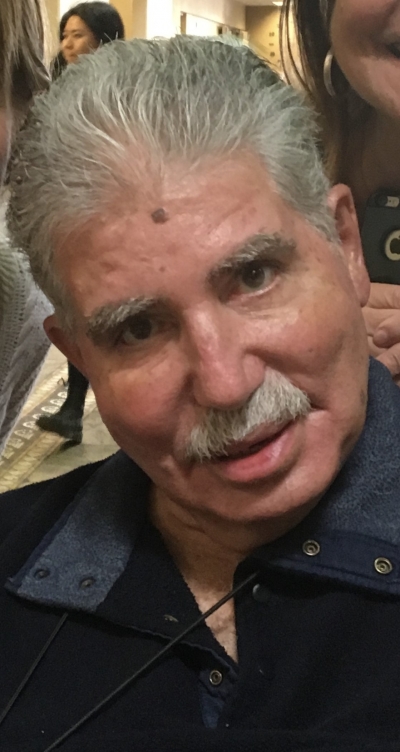 Jim attended Santa Clara schools and graduated in 1961. Determined to experience life, he traveled a year throughout Europe on a motorcycle. After attending UCLA, he earned his Masters in music from San Jose State. There he met Linda Willis, married in 1967, and had his daughter Elisabeth. Later he was blessed with his second daughter, Sheri who joined the family in her teens. Jim was a talented fly-fisherman, loved camping with family and friends at Lake Almanor, playing guitar and harmonizing by the campfire.

In college Jim was diagnosed with Muscular Dystrophy. It never stopped him as he courageously defied the odds of the physical symptoms of the disease. He taught at Livermore High School for 13 years, directing numerous choirs, musicals, and instructing music classes. In 1976 he moved to Chabot College and then Las Positas College in 1981, where he taught 30 more years. He developed the music program including chamber and concert choirs, jazz choirs, musical theater and voice classes, theory and music appreciation. Along with Ken Ross, they produced numerous musicals. Jim took his choirs around the world including Italy and Czech Republic.

He is credited with inspiring students to pursue careers in music and the arts. Jim’s straightforward nature and sense of humor are remembered fondly by past students. He believed he could teach anyone to sing and his love for his students and gift to teach and encourage changed many lives.

Jim performed with the local jazz groups In Cinq and Jazz Infinitum, and taught Estill Voice Training Systems with Jo Estill in many countries.

It was 22 years ago at Las Positas College where Jim met and began his life with his wife, Jody Praklet. He loved his church, watching old movies and sports, playing competitive bridge and other games, and loved babysitting his grandchildren. Jim and Jody traveled internationally singing and teaching and having fun. The friendships developed in Florida, Indiana, Italy and Canada will be forever cherished. His wit and charm filled any room and he was loved wherever he went. His courage and strength to push past any physical challenges inspired everyone to be their best.

Thank you everyone for your love and support. Please join us for a Celebration of Life and reception to honor him on Friday, January 3rd, 2020 at Cornerstone Church in Livermore, CA, 348 North Canyons Parkway at 10:30am for visitation and 11:30am Celebration Of Life. Please email JHeiner43@Yahoo.com or call Jody at 925-699-6133 for information.

In lieu of flowers a Go Fund Me account has been set up in Jim’s memory. All donations will go to Muscular Dystrophy Association, Las Positas College Music Department, and Cornerstone Fellowship in Livermore.