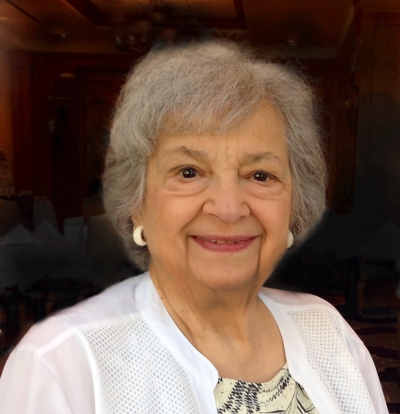 Lorraine was born in Brooklyn, New York, but spent most of her growing-up years in the little town of Ellenville, New York, about ninety miles north of New York City, where her parents owned a bakery. She was the youngest of four. Her two brothers served in the Army during World War II, while her older sister, now 102, helped their father in the bakery and was married to a local propane gas distributor. Lorraine was active in high school, being a cheer leader, a member of the Debating Club, the Glee Club, and was also active in the Drama Club, where she played many leading roles. One of her favorite remembrances was the summer she acted in summer stock at the Cragsmoor Theater, located just outside of Ellenville, working under the direction of Hollywood director Morton Da Costa – famous for his directing a string of hit Broadway productions in the 1950s, such as “Auntie Mame” and “The Music Man.” After high school, Lorraine attended New York University where she majored in dramatic arts and speech therapy. Upon graduating from NYU, she became a speech therapist in the New York City school system. It was during this period she met her husband-to-be, Eli, who was then working as a waiter during the summer months in a resort hotel in the Ellenville area. After a brief courtship, they married in December of 1951, while Eli was still a law student at Rutgers Newark Law School. Their first daughter, Sara Beth, was born in 1953, and their second daughter, Linda, was born in 1956. In 1958 the family moved to Silver Spring, Maryland because Eli began working as a lawyer for the U.S. Department of Health, Education and Welfare. Lorraine loved dancing and theatre arts, and served as President of the Scopus Chapter of Hadassah, in suburban Kensington, Maryland. She later joined the Sequoia Chapter when the family moved to California, and was honored as Woman of the Year. She was a member of Congregation Beth Emek in Pleasanton, CA, and previously a member of Congregation Beth Am in Palo Alto, CA. A devoted mother and wife, she had a smile that warmed your heart when you met her. She will be greatly missed by her family and all who knew her. She is survived by her husband, Eli, her daughters Sara Nealy and Linda Rhodes, her sister Bernice Rogow, her grandchildren Stefanie, Zachary, Roxana, Alexander, and Liandra, and many nieces and nephews.

Photo Gallery
0 photos Upload a photo
Remembrances
1 entry Submit a remembrance
From Lucas Huntingfield
March 29, 2018
All people have different experiences from their life. According to law assignment services people can face good and bad situations in their life and can get experience. They can learn more in their li...
Read more
Memorial service
Funeral is 2:30 pm on Sunday, April 2, 2017, at Ezrath Israel Cemetery, Ellenville, NY
Make a donation
Memorial donations may be made to Hadassah, the Womens Zionist Organization of America Link: https://www.kintera.org/site/c.keJNIWOvElH/b.5691477/k.2D05/Donate_Now/apps/ka/sd/donorcustom.asp
About this site     Contact us