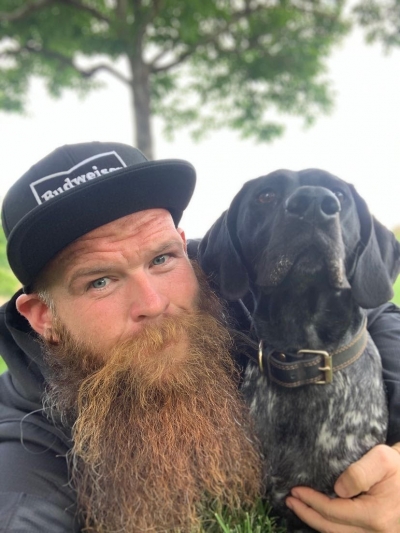 If you were fortunate enough to know Sam, you know he had a larger-than-life personality. People couldn’t help but gravitate towards him, and he was often the center of attention wherever he went without trying. Sam’s loving nature led people to gather together around him. His spirited competitiveness encouraged others to be more outgoing and sometimes even daring. But Sam wasn’t just hilarious and a good time, he was an absolutely selfless person who prioritized the needs of others above his own. Those who knew him know that the way he is being described after his death is not an idealized version of him: it is exactly how he was described during his life. While nobody is perfect, those who loved Sam felt he was the closest you could be to it.

Sam was not someone who could ever be fit into any box. He was friends with so many different types of people and could find a way to connect with anyone. He was a “best friend” kind of man, though many of his friends considered him to be a brother. There was something addicting about his personality; everyone always wanted to be around him because he genuinely made their lives more enjoyable. Knowing Sam meant experiencing his amazingly infectious sense of humor, which is nearly indescribable. He was one of the few people in this world who you somehow wanted to make fun of you; it made you feel special.

Sam was well-known around Pleasanton; after graduating from Amador Valley High School in 2005, he began working for the City’s Operations Services Department, where he was a permanent employee for fourteen years. Working in the Sign Shop, he made an endless number of signs for the City while simultaneously keeping his coworkers entertained. He loved having the responsibility of making everyone laugh, which was effortless for him, and he was a strong connecting force amongst his coworkers. When driving through town, Sam was certain to point out a sign and ask, “Wow, who is the badass who made that?”

Sam’s mother is quick to point out that he was born with his good-natured attitude and exuberant approach to life. While he passed away at a young age, he packed a lifetime’s worth of experiences into his 34 years, all of which he lived full force. Packed with fishing, hunting, and gambling adventures, Sam lived an exciting life. He did not fear death, and hoped to go out in a blaze of glory. He knew the devastation his loved ones would feel if he ever left them behind, but he wanted everyone to try their best to find some form of happiness after he was gone. This might include telling one of his favorite jokes (none of which are appropriate enough to include here), making a bet on an otherwise boring activity, or shotgunning a can of Coors Light.

In the last year and a half of Sam’s life, he found love. While he had felt his friends, family, dog, job, and crazy memories were more than enough for him to be happy, he found his soulmate as well. Sam was the ideal partner, nearly too good to be true, and his love and selflessness in this relationship were boundless. He was cherished by his girlfriend every day, and despite having lost him, they were both extremely lucky to have been able to experience what true love is, which will last beyond his death.

The loss of Sam leaves a huge void in the lives of those who loved him. His parents will forever miss the child who was allowed to get away with whatever he wanted. His entire family will cherish many memories of Disneyland trips and yearn for more. His friends will be painfully aware of his absence on hunting and fishing trips. His coworkers will notice the jokes left unsaid while playing cornhole. His girlfriend will mourn the loss of the life they shared and miss scratching his beautifully unkempt beard. His dog will wish for another opportunity to lick his feet and please his dad. Sam will be more than missed; he will remain imprinted in our hearts.

The grief of losing Sam is extreme and immeasurable, but it is not as strong as the love he left us with. The joy and memories of time spent with him are more powerful than the pain of losing him. Sam had an unshakeable happiness and desire to take care of other people. To appreciate and celebrate Sam, let him influence you to take care of yourself and others and keep seeking happiness.

Photo Gallery
0 photos Upload a photo
Remembrances
0 entries Submit a remembrance
Memorial service
Given restrictions due to COVID-19, the family is still in the process of determining a location and date to celebrate Sam’s life.
Make a donation
In lieu of flowers, the family requests that those who wish to express sympathy consider making a donation to their favorite state park in Sam’s name.
About this site     Contact us