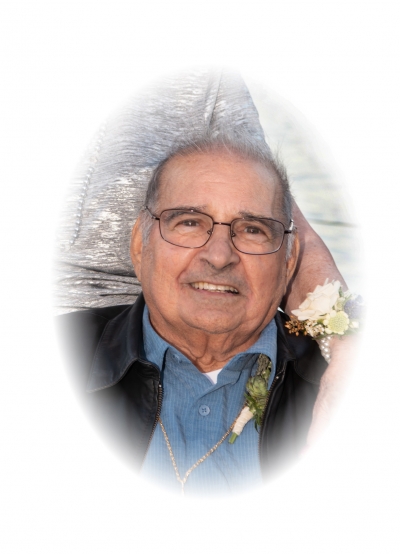 Sylvester DeFazio died of heart failure on his favorite holiday, Christmas. Although he had been in failing health in recent years, his passing was unexpected. He was 84.

Sylvester, known as Sub or Sil to his friends, was born Sept. 1, 1936, to proud parents Aneillio, an immigrant from Naples, Italy, and Anna DeFazio, of Gypsy, West Virginia. The family, with nine children, lived in the coal-mining town of Spelter, West Virginia.

Although Sil was supposed to try out for the Pittsburgh Pirates after high school, he opted to join the Navy to help with our nation’s efforts in the Korean War. Sil hopped on a bus for a five-day journey to the San Diego Naval base where he ultimately shipped out to Japan for his wartime service.

When Sil returned to the states, he moved west to Oakland, California, in 1957 to find work and marry his lovely bride, Jacqueline. He attended refrigeration school at Laney College and started a career with Coca-Cola and Admiral, which inspired him to open his own appliance repair business. Sil saw potential in that field and purchased Appliance Parts Distributors in San Leandro. His business acumen led him to expand his business with locations in Dublin and Fremont. The thriving business remains family owned.

Sil was a loving, generous and hard-working man with an outsized personality and a heart of gold. Family and friends meant the world to him. He was generous in every aspect of that word. He particularly enjoyed coaching his sons’ sports teams and later took great pride in watching his grandsons play sports. He embraced his Italian heritage and was a longtime member of The Colombo Club in Oakland. He cherished time with his daughters and granddaughters at the club’s father-daughter dinners.

Sil also enjoyed hunting and fishing. He loved to pheasant hunt with his sons and good friends, Milt Braden and Eddie Lee. He lived for spending time on a boat, salmon fishing with his brother-in-law, John Parker.

He leaves behind many beloved family members, including his devoted wife of 64 years, Jacqueline, and his brothers and their spouses, Frank and Virginia DeFazio, Mario and Dorothy DeFazio, Augustine DeFazio, Anthony and Angie DeFazio and John and Jean DeFazio; sister and brother-in-law, Mary and Jim Hustead; and sister-in-law Dixie Parker.

He is also survived by his children and their spouses, Michael and Susanne DeFazio, John and Denise DeFazio, Mary Foxworthy and Compton Chase, Anna DeFazio and Carmina and Bill Dutra; and grandchildren Drake and Rachel Foxworthy, Brandon and (wife) Lexi DeFazio, Jacqueline and Collette Besson, Garry Bannister III and Grant, Joseph, Daniel, Jenna and Allison DeFazio; plus numerous nieces, nephews and many special friends.

Sil was a larger-than-life man with a big heart. He will be greatly missed by all who knew him. Services will be private due to pandemic regulations.