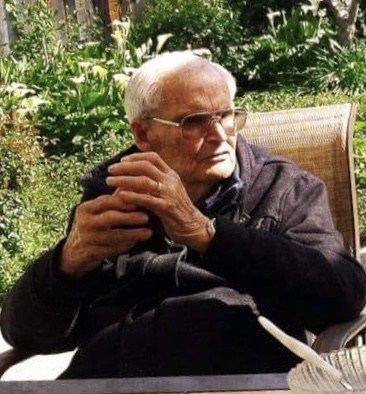 Bill was born August 27, 1929 in Omaha,Nebraska to William M. Glover, Sr. and Harriet Ann Lawson. He was raised in Los Angeles and San Francisco, California, where he graduated from Mission High School in 1949. Following high school, while visiting the soda fountain at Woolworth’s in the city, Bill met Elizabeth L.Clifford (Betty). The two married on December 30, 1950, and six weeks later, Bill was drafted and inducted on February 7, 1951 into the US Army for whom he served in an artillery unit, the 2nd Armored Division “Second Division, Second to None”, a unit operating a half track during the Korean war. After an honorable discharge two years later, Bill returned home to San Francisco with a medal for bravery. It was during this time, he converted to the Church of Jesus Christ of Latter Day Saints.

Bill worked for O’Connor Carpet and Upholstery Cleaning for a number of years before starting his own business, Glover’s Carpet and Upholstery Cleaning, in 1959. In the next two years, Bill and Betty were blessed with two daughters, Kimberly Ann and Kathy Lynn. Then with two small daughters, Bill was widowed when his wife Betty passed away unexpectedly on October 19, 1964, following complications from surgery.

After a time, Bill was reacquainted with a family friend, Patricia Miller (Pat) when he saw her at a church function. Bill and Pat, who was an elementary school teacher In Hayward, began dating, and the two were sealed in the Oakland temple on June 12, 1965. Over the next few years, Bill and Pat were blessed with two sons: Stephen Michael and John Aaron. The Glover family enjoyed years of camping, water-skiing, traveling, and FUN! Because Bill made having fun a priority.

In fact, it is a legacy of “work hard, play hard” that Bill and Pat, his sweetheart and best friend have passed along to their posterity. Bill is remembered for his hard working nature, his great sense of humor, and his adventurous spirit. He played the drums like a rock star, water skied with the best of them, fly-fished like a pro, and leaped tall buildings in a single bound. He is a superhero and will be terribly missed by his posterity until we meet him again.