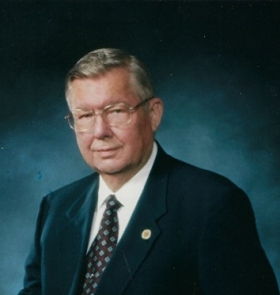 Theodore "Ted" Corbin Fairfield passed away at his home in Pleasanton, California, on November 7, 2021, after a lengthy illness. He was 86. A graveside service at Acacia Cemetery 801 Scenic Drive in Modesto will be held Tuesday, November 16, at 2 p.m. Also, a public memorial service will be held at 10 a.m. on Friday, November 19, at the Graham-Hitch Mortuary, 4167 First St. in Pleasanton.

Born in Modesto, Stanislaus County, California, Ted was the son of Corbin Francis Fairfield and Meta Cecilia Johansen. Ted’s paternal ancestors homesteaded in Napa Valley in the mid-1800s, and his maternal grandparents emigrated from Denmark to California in the late 1800s.

Ted graduated from Modesto High School in 1952 and then earned an associate degree at Modesto Junior College, followed by two years in the U.S. Army Corps of Engineers (1954-1956). In January 1959, he completed his Bachelor of Science degree in Civil Engineering at San Jose State University. Ted worked for the City of San Jose and the Town of Los Gatos before joining MacKay & Somps Civil Engineering Company. In 1963, Ted and his family moved to Pleasanton, California, where he opened and managed a branch office of MacKay & Somps.

In 1978, Ted started his own engineering consulting practice in Pleasanton. He was active in community groups, including the Pleasanton Rotary Club and Pleasanton Chamber of Commerce. He served several years on the Board of Directors of the Community First National Bank and the Valley Memorial Hospital.

San Jose State University bestowed on Ted the Engineering Award of Distinction in 1993 for his many achievements. He also served two four-year terms as a governor-appointed member of California’s Board for Professional Engineers and Land Surveyors and was president of that board 1995-96, as well as a lifetime honorary director.

The highlight of Ted’s career was his 2001-02 term as president of the National Council of Examiners for Engineering and Surveying, the organization of all U.S. state and territorial licensing boards for professional engineers and surveyors. Another honor he greatly enjoyed was having Ted Fairfield Park in Dublin, California, named after him in 2002 (Photo by Connie Fairfield Ganz. 2017). Likewise, he deeply appreciated receiving a Lifetime Achievement Award from the Pleasanton Chamber of Commerce in 2019 for his numerous contributions to the unique character of the city’s development.

Ted was an avid fly fisherman. During retirement, he and his wife, Gail, enjoyed traveling internationally, camping, and visiting their children and grandchildren. Ted was predeceased by his parents, along with his only sibling, Joan (Fairfield) Michael and his nephew, Steven Miller. Surviving him is his beloved wife, Gail; two daughters (Terri Fairfield Anderson and Connie Fairfield Ganz); two stepsons (Chris Kearns and Creighton Kearns); 11 grandchildren; 12 great-grandchildren; one niece, Korby (Miller) Battenburg; and a great-nephew, Brian Battenburg. He stood firm in his faith, believing that to be absent from the body is to be present with Christ, His Savior.

Ted’s family encourages friends to make a donation to their favorite charity in his memory or to one of the following organizations: